North Wales Active Staff... All our instructors dont just teach part time they live for the outdoors and are full time instructors. They are enthusiastic and professional and are fully qualified and experienced to safely take you on every activity we advertise. Their passion will ensure your adventure with us is unforgettable.

Below are just some of the staff that work for us... 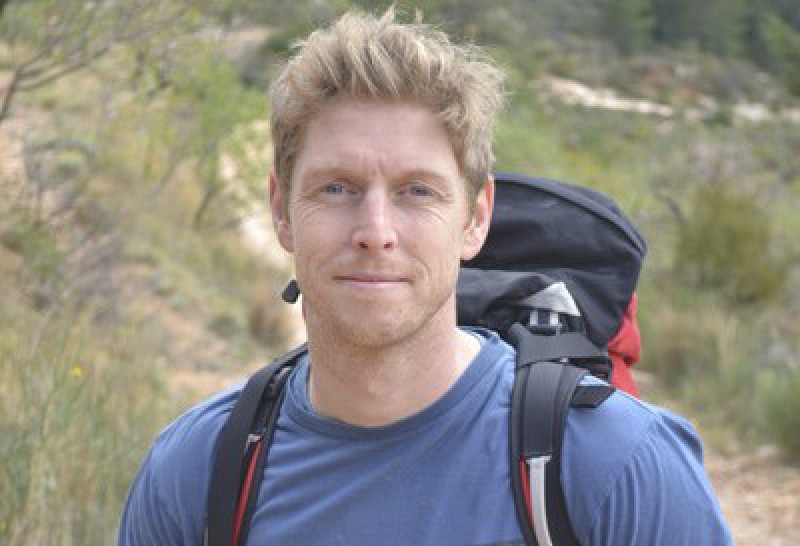 Jamie has over 25 years of climbing and outdoor experience and has his uncle to thank for his love of the outdoors!  His first job was running the climbing wall in Llanrwst Leisure Centre when he was only 16. Soon after that he joined the army and was given the opportunity to gain his climbing and mountain walking qualifications. Before long he was taking his fellow soldiers climbing, mountain walking and mountain biking in some of the most incredible parts of the world: spending time in Kenya, Europe, United Arab Emirates and of course back home in Wales. Jamie has climbed in Spain (many times) France (many times) the U.A.E, Oman, Kenya and many parts of the U.K. He has worked and trained the British, American and U.A.E armed forces in outdoor activities and development. Jamie also consults for BP on health & fitness in the middle east.

In 2007, after his time in the armed forces and after many years working with other outdoor providers he set up North Wales Active with the goal of providing exciting courses designed to the needs of his clients. Since then, North Wales Active has grown into the successful activity provider it is today.

Gorge Walking/canyoning Instructor (15 years experience including canyons in Spain, France and the U.A.E) 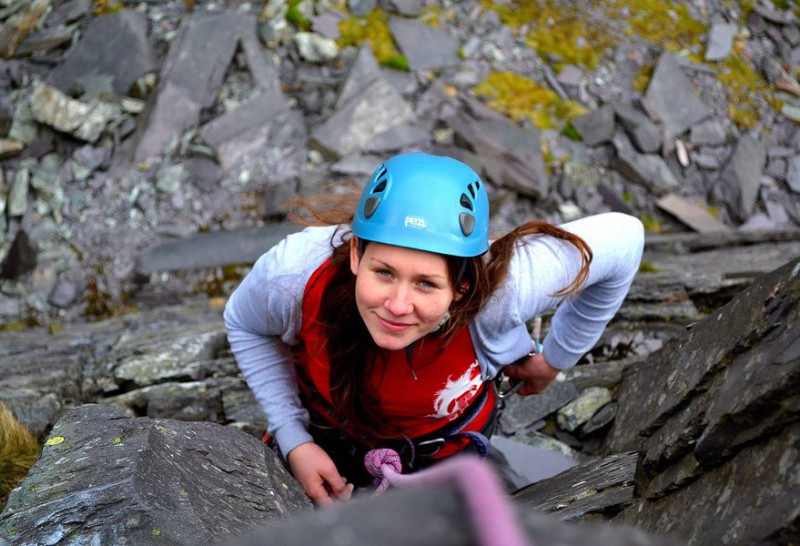 I say - Cat is very enthusiastic, knowledgable about the outdoors as a whole and loves nature.

Catherine has recently completed her Master's degree in Social Psychology in which her research led her to study impact outdoor adventure activity has on physical and mental well-being. Catherine has experience instructing in the UK and overseas. Her work ranges from delivering motivational, personal development programmes, to working with young adults with emotional and behavioural problems. Catherine is currently working towards becoming qualified in adventure therapy so watch this space for a new addtion to North Wales Active! Catherine also co-ordinates the North Wales Environmental Outdoor Charter Group. The charter group unites activity providers who wish to ensure sustainable development of the outdoor sector. 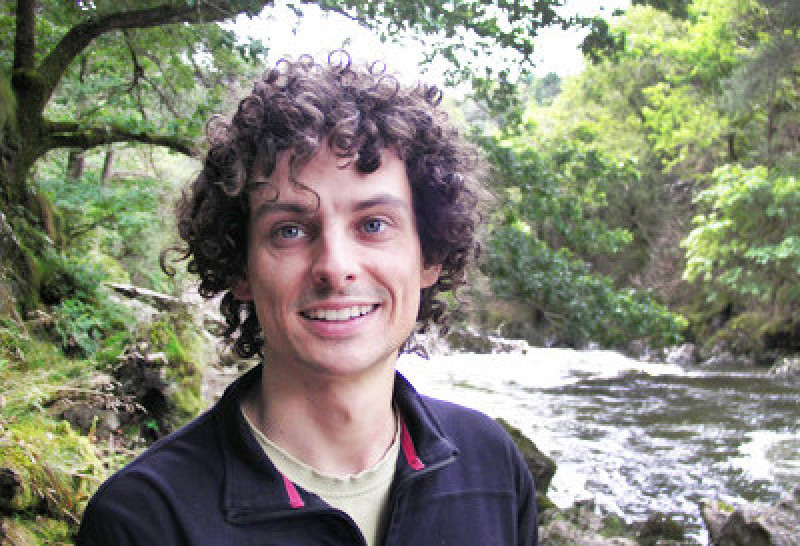 We say - Tom has worked for the company for many years. Tom has the patients of a saint.

Tom - Tom was born in Birmingham but thankfully his parents made sure that every day of the school holidays was spent somewhere amazing.

With annual visits to the Lake District, Peak District, Devon and Cornwall, Tom’s love of the great outdoors grew and grew. Now with almost 18 years of mountain walking experience and eight years of lead climbing experience Tom has swapped the office for the playground that is Snowdonia!  Toms other interests include mountain biking, bouldering, surfing, slack lining and renovating his 30 year old camper van. 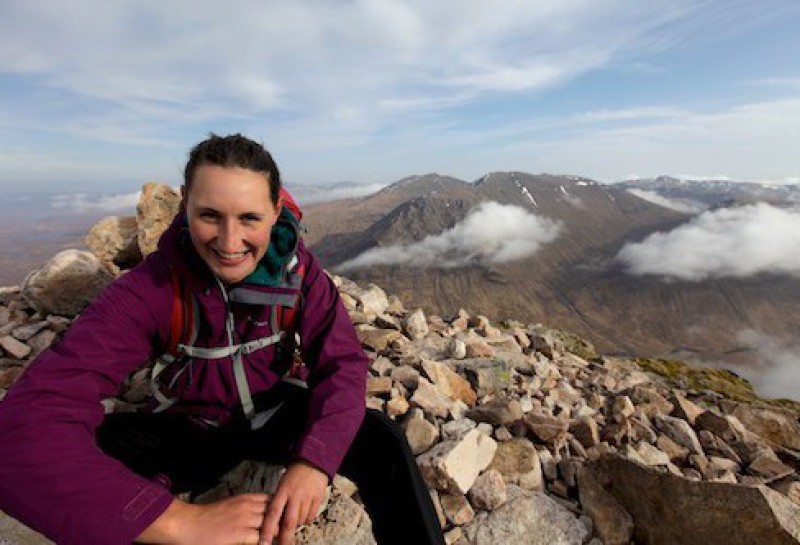 We say - Jodie has worked for the company for a few years gaining more experience over the last 2 years. Jodie is our Nature geek.

Jodie. I am passionately interested in many aspects of outdoor recreation, especially rock climbing, running and mountaineering. I also love camping and bivouacing in wild places and enjoy mountain biking.

I love sharing my passion for the outdoor environment with others, hence for the last 6 summer seasons I've been working in Italy for a personal development company for young people, as a motivational presenter and abseil guide.Over the last 3 years I have gained my Single Pitch and Mountain Leader Award, as well as a Wilderness First Aid qualification to enable me to continue to share my love of the outdoors, and extend my outdoor instructing career.

I have traveled throughout the World, rock climbing in Morocco, Spain, France, USA and Italy, and have developed a love of our cultural place within the Nature. I have just returned from 6 months traveling in New Zealand, having had some amazing experiences in the incredible landscapes the country has to offer. 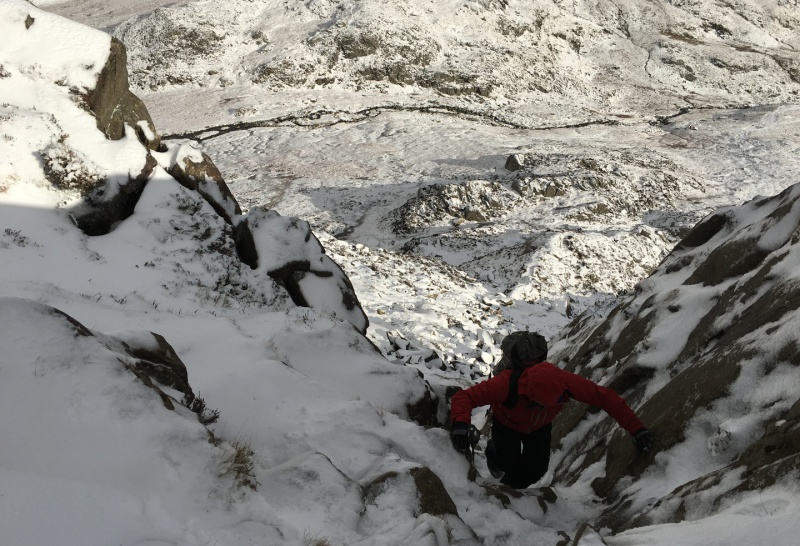 We say - Tim is one of our most experienced & Qualified instructors. He's been working for the company for a number of years.

Tim - Tim is a British MIC with many years’ experience in mountaineering and expedition leadership across the globe, including a number first ascents and personal expeditions to unclimbed peaks in the Karakorum. Tim is an avid traveller who is always looking for new places to climb and adventure, and a keen Biologist with a love of the natural world. 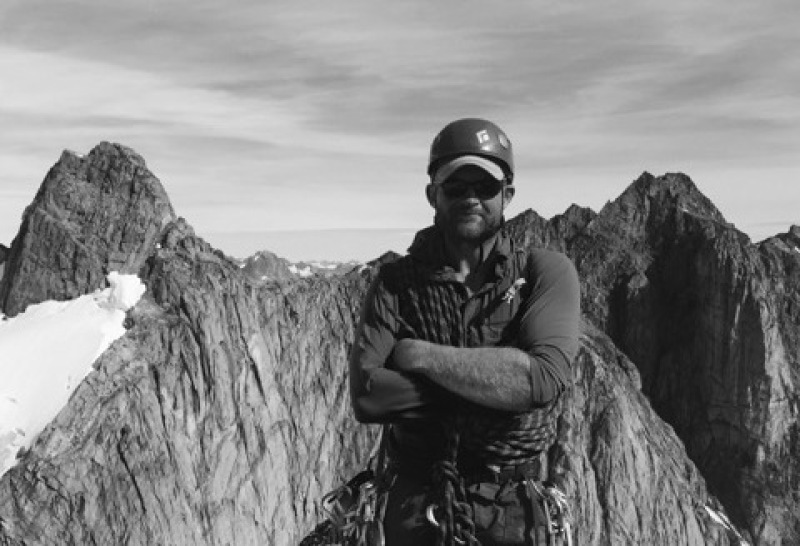 We say - Ed has worked a lot for us this last couple of years.  Ed is one of our most proffesional instructors.

Ed - Ed recently returned to the outdoor industry having left the forces after 6 years working as a medic for the army and RAF mountain rescue.

He's Climbed all over the world, from the Himalaya, to Uganda, and have first ascents in North Africa and Greenland. 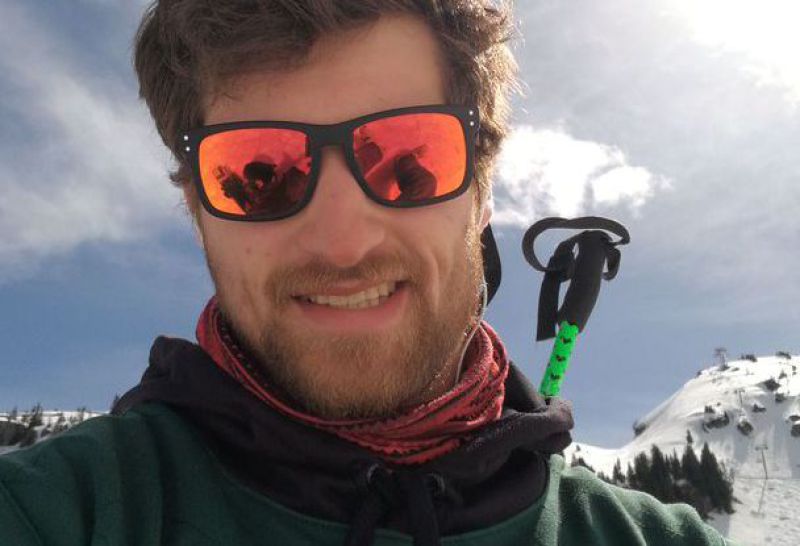 We say - Steve has worked for us for a few years now. A very experienced instructor in the water and on rock.

Steve - Steve always loved being outside, it wasn't untill I went to university to study adventure education that I learnt to rock climb, kayak and use navigational tools to get me round the mountains. It was at university I first came to North Wales and it's where Ive decided to stay.
Spending two years as a trainee at outdoor centres I gained enough qualifications and experience to run most activities. My passion being rock climbing I always wanted to work at the highest level and really enjoyed the technical aspects to keep folks safe while doing high adrelain activities.
I've now been climbing for over 10 years. Over 5 in gorges, canyons and around the coast scrambling and jumping in. 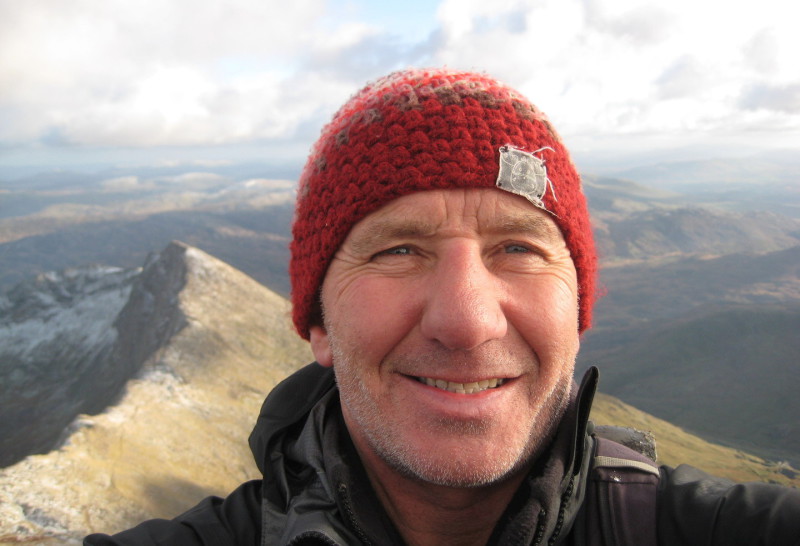 We say - Mick has freelanced for us for a couple of years now, we find him to be extremly reliable, friendly and hard working. 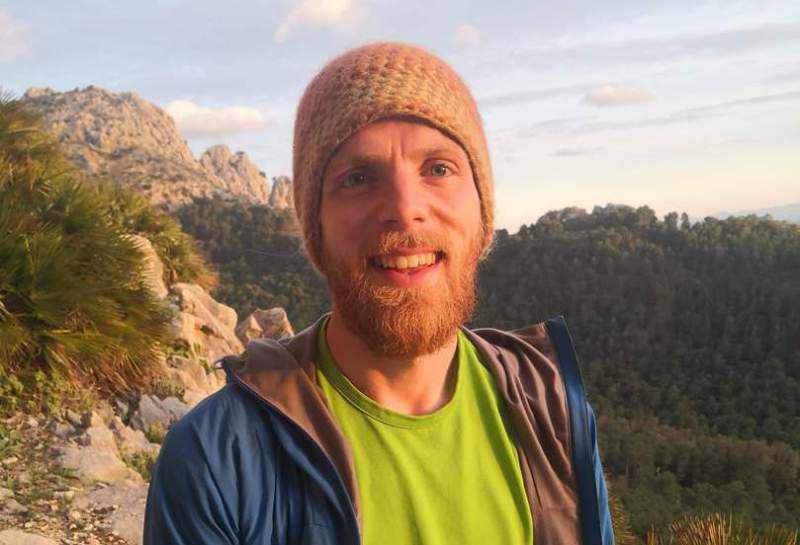 We say - Andy is one of them really nice people who is just so enthusiastic.

Andy says - My entire outlook on what adventure can bring to life, changed with climbing and mountaineering. I was a late starter at 23, I became introduced to rock climbing which suddenly evolved into mountains, winter climbing, alpinism and travelling to different countries for the bigger and more commiting goals.

I have found theres always an activity for any weather so I also enjoy trail running, open water swimming, kayaking, mountain biking and skiing.

I am aptly a dedicated rock climber who enjoys movement, mostly by pushing the limits of my physical self and ultimatley creating mental strength. I have done this in virtually every corner of the UK you can drive to, from the moors of the peak district, sea cliffs in North Wales to Scottish mountains and beyond. I have also been on many long term trips abroad to soley pursue climbing.

Whatever the weather I have simply found a piece of clothing to make do. I never enjoy talking about achievements because I have always found the journey of adventure is personal. Though I can say I set myself very passionate goals and am proud of what I have achieved.

I have been a qualified and proffesional instructor for over 5 years. I combine my experience of risk and adventure with instruction, teaching and coaching to help unlock the doors for people to have their own experiences.

I never stop seeking the next big goal, the next way to stretch myself, to me the outdoors is a gift where we can all learn something about ourselves. 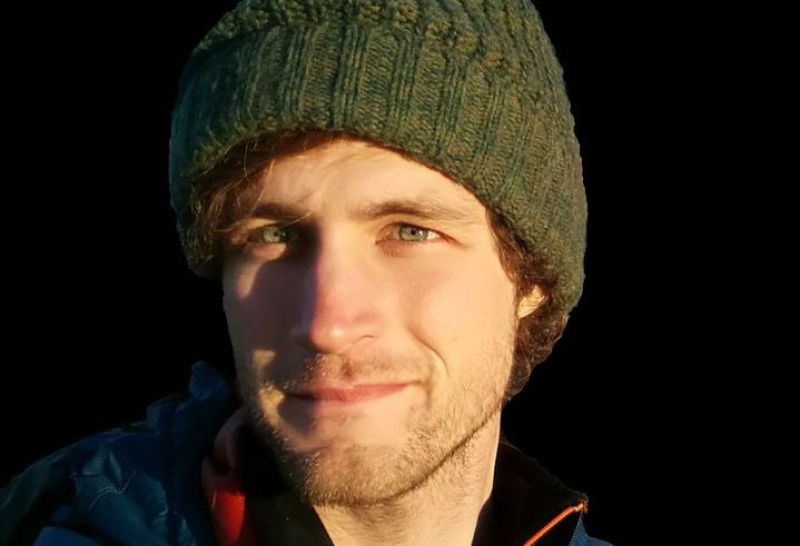 We say - Dan has worked for us for 2 years now and he is one of our friendliest Instructors who goes that extra mile on activities.

Dan says - After spending too much time reading about other people's adventures whilst studying Philosophy, Dan quickly became addicted to rock climbing after attending a beginners course in Birmingham. From there he went on to Bangor University to do his Master's degree near the mountains of Snowdonia. In between his studies he bought an old road bike off eBay and started cycling 22 miles from Conwy to Llanberis for long weekends of climbing and adventure. Whilst living in his mates Caravan for days at a time, they became half decent, putting up new routes on the slate and repeating old classics at a frenetic rate. After graduating, he realised how much fun he'd been having in the outdoors  and decided to pursue adventure on a full time basis by introducing others to the amazing new world he'd discovered.

Ten years down the line Dan is  now an experienced instructor who has worked with a wide range of clients from complete beginners to elite athletes. Roles have ranged from using adventurous activities to inspire and rehabilitate youth offenders to guiding corporate groups on Britain's highest peaks. Dan is also experienced in running overseas expeditions for schools and colleges. The development of peoples' confidence and wellbeing has always been a top priority when guiding, coaching and teaching.

Dan continues to live for adventure in his personal life and has traveled extensively, seeking vertical challenges on some of Europe's highest mountains. Highlights include fast ascents of the Matterhorn's Liongrat ridge, and various alpine rock climbs on Chamonix's daunting granite towers. Dan also ran a successful guiding business in Southern Spain over the 2014/2015 season and has climbed and hiked extensively throughout the Pyrenees and Taurus mountains.